Last One Out, Please Turn On The Light 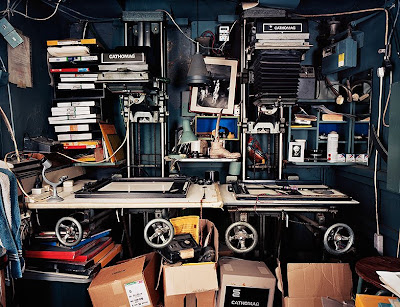 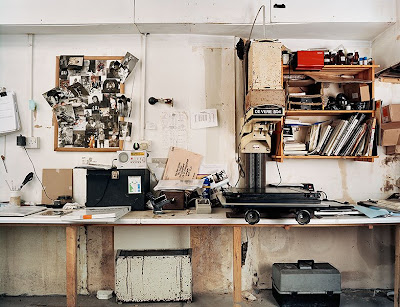 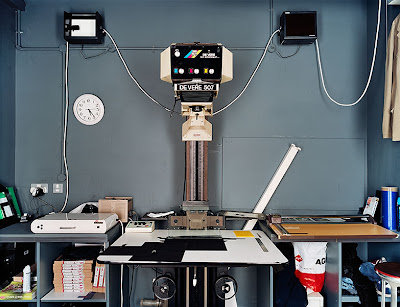 Summer 2006. Durst announces that it will no longer manufacture photographic enlargers. Sales have plummeted from a peak of 107,000 units in 1979 to just a few hundred units in recent years.

1979 was the year my father constructed a darkroom and introduced me to photography. I was immediately entranced by the printing process, and I cherished the long hours spent in this dark, silent, private space. Ever since the darkroom has been integral to my work as a photographer. But for how much longer?

This project, shot on 4"x5" film, documents London's remaining professional darkrooms. It is based on my nostalgia for a dying craft (there are no young printers). It is in these rooms that printers have worked their magic, distilling the works of photographers such as David Bailey, Anton Corbijn and Nick Knight into a recognisable 'look'.

I have lit these often-gloomy spaces to reveal the beauty of the machinery; enlargers are masterpieces of industrial design. And I have sought to shed light on the surrounding personal workspaces (snapshots of family members, souvenirs from globetrotting photographers, guidebooks to Photoshop, out-takes from glamour shoots, lists of unpaid invoices).

Several of the darkrooms featured have since closed down. Others will surely follow. (The darkroom with the slogan pinned to the wall, 'I want to stay here forever', was dismantled shortly after I photographed it and is now being converted into luxury apartments.)

Since starting this project, I've become a late and reluctant convert to digital photography. I now spend less time in the darkroom and more time in front of the computer. With film I had a network of contacts across London and I felt embedded in the city. In comparison, digital feels disembodied.

I miss the darkroom's ambience, the physicality of dodging and burning, the shaping of the light.