Richards Misrach's On the Beach 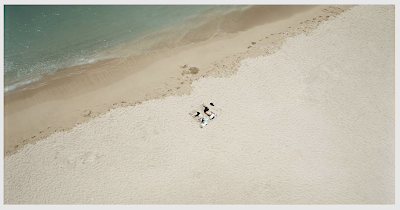 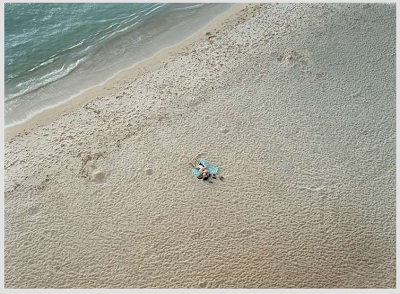 For more than thirty years, the American photographer Richard Misrach (b. 1949) has made provocative work that addresses contemporary society's relationship to nature, especially the American West. Since 2001, he has made a series of large scale (six by ten feet), lushly colored photographs of swimmers and sunbathers in Hawaii. Looking down from a hotel room directly adjacent to the beach, he has eliminated all references to the horizon and sky to record people immersed in the idyllic environment. Yet, despite the beauty of the scene, a strange sense of disquietude pervades these photographs. Made in the days immediately after September 11, 2001, these photographs speak of the unease and sense of foreboding that pervaded the country after the attacks on the World Trade Center and the Pentagon. The title of the series, On the Beach, is drawn from Nevil Shute's cold war novel about nuclear holocaust.
National Gallery Of Art
Posted by The Lab at 12:59 AM